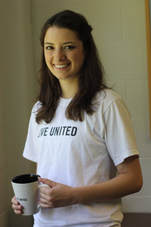 Claire Elizabeth VanLandingham was born on March 21, 1990, in Terre Haute, Indiana. Her parents put a big pink poster in the window to celebrate—not only that there was a new baby, but that she was a baby girl, and a long-awaited one, after two boys. Her older brothers adored their little sister, teasing her one minute but fiercely looking out for her the next.
Not that she couldn’t fend for herself. By age 2, Claire made it known she was a force to be reckoned with. When some friends—including some strapping pre-school boys—gathered at the pool one day, the antics spiraled out of control. The picture of authority in her tube swimsuit, Claire stood by the side of the pool, shaking a finger as she scolded the bewildered older boys in the water. “Those men took my raft!” The family Christmas letter for that year confirmed Claire’s position. Claire, her mother reported, was “the boss of the universe.”
If that was true, Claire was a benevolent boss. Her heart was kind; her spirit generous; her soul wise. She gave her smile to everyone who needed it; to everyone who hadn’t even realized they did. 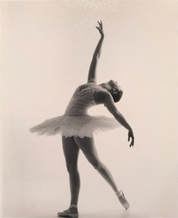 Claire took up dance at age 3 and it became her lifelong passion. Ballet, jazz, modern—she loved it all, and in high school she chose dance as her honors focus, along with science, at Culver Girls’ Academy in Culver, Indiana. She also played multiple musical instruments, including the guitar, piano, cello, and violin. (There was also a stint with the baritone; it was, perhaps, slightly larger than she was.) She started Girl Scouts in first grade as a Brownie, eventually earning the organization’s highest honor, the Gold Award, in high school. As she pursued her own interests, Claire also made time for other people, volunteering for numerous projects and causes.
By high school, Claire’s interest in math and science was emerging. Just knowing that things happened wasn’t enough. She wanted to analyze them, to learn the how and the why. She had a special interest in environmental issues, and after graduating high school in 2008, she found a program that let her go to Vietnam to study environmental problems there. It was all part of her grand plan: do the best thing possible, be the best at it, and find a scholarship that would pay for it.

After a gap year following high school when she went to Scotland, she returned and enrolled at Indiana University, where she led a Girl Scout troop and ran her own catering business while she worked toward a degree from the School of Public and Environmental Affairs. She graduated in 2013 with a major in non-profit management and a minor in chemistry. Organic chemistry flushes out a lot of chemistry students, but substitution equations would not get the better of Claire.
She studied her flashcards.
Claire’s aptitude for science and dedication to helping people naturally came together in an interest in health care, but she wanted a career that would mesh with her personal goals. Her family was both large and close, and years of raucous family gatherings meant that Claire wanted the time to carry on the same kinds of traditions (and carry on at them—see home videos). Dentistry seemed like a good fit. That required someone who liked math and science (check), was good with their hands (check), and wanted to help people (check-check-check).
She selected the dental program at the University of Louisville (the students in it looked happy), and her desire to offer service also led her to join the Navy, which sponsored her through school. During her four years of dental school, she worked in clinics offering services to low-income and disabled citizens who would otherwise have no access. Some of them had never been to the dentist. Some of them still didn’t want to go—until they met Claire. She took the scary away. She gave them her smile, and she gave them their smiles back. She also volunteered as a Big Sister with the local Big Brothers & Big Sisters chapter, and as a member of the First Unitarian Church of Louisville she taught Sunday school and served on the board. 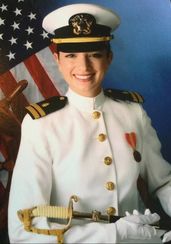 As a long-term goal, Claire hoped to make an even greater impact on health care by changing the fundamental ways it was delivered, to give people access before they developed major problems.
First, she needed to fulfill her Navy commitment, and after graduating from dental school in May 2017, she went to work practicing her push-ups to prepare for summer boot camp, and then began her career as Navy lieutenant in the fall of 2017. Given enough time, Claire’s supervisor said, she would have made a superior officer, a prediction that surprised no one.
In the 27 years she did have, Claire had already inspired many to describe her as one of the best people they’d ever known. She shared all her gifts: her energy, her kindness, her delight in all that was fun and silly and good—anything she had to make the world a little gentler. Even just a little bit.
Slideshow